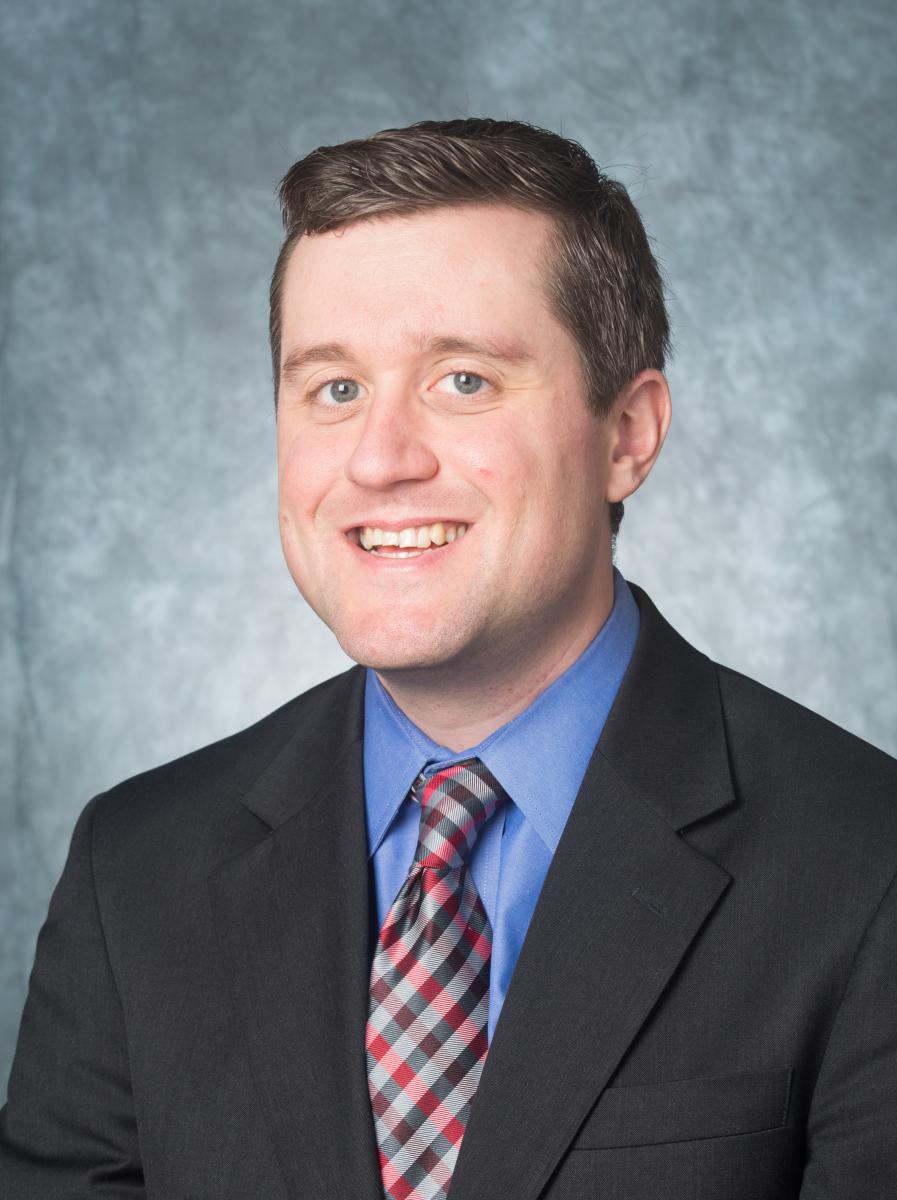 In the role of Newark Philanthropic Liaison, Kevin works directly with the Mayor’s Chief Policy Advisory and in partnership with the Mayor and his cabinet to leverage private and government assets to support the Mayor’s agenda in areas such as public safety, summer youth employment, workforce development, economic development, health and wellness, education and literacy, immigration, and neighborhood and place-based initiatives. The Office of Philanthropic Liaison also convenes and connects Newark and regional funding partners, Newark community based organizations, and other key stakeholders by providing thought leadership, facilitating content and affinity groups, and raising awareness about critical issues facing the city of Newark.

Immediately prior to serving as the Newark Philanthropic Liaison, Kevin was Project Lead on the city’s Summer Youth Employment Program where he worked to implement system and program enhancements to one of the Mayor’s signature programs. Before this short-term appointment, he served for nearly five years as the Program Officer at the Foundation for Newark’s Future (FNF), the local arm of national philanthropic funding donated to the City of Newark to improve education opportunities for youth. At FNF, Kevin spearheaded a series of investments that are directly impacting youth in Newark from pre-school to college in the areas of literacy, teacher training and professional development, high quality schools, college attainment and completion, and youth development.

Previously, Kevin worked for the federal government as a Special Assistant at the Overseas Private Investment Corporation in Washington D.C. and was a classroom teacher of middle school Social Studies in Philadelphia.

Kevin holds a Bachelor’s Degree in Political Science and History from St. Peter’s University in Jersey City and a Masters’ Degree in Urban Education from the University of Pennsylvania. Born and raised in New Jersey, Kevin resides with his family in Essex County.

As Office Manager, Ilene supports and runs the CNJG office in addition to serving as Executive Assistant to the President and CEO.

Prior to joining CNJG, Ilene worked for Rutgers Center for Government Services (CGS) where she was a non-credit instructor and curriculum developer for certification courses in planning and zoning administration and affordable housing. In addition, she has developed numerous continuing education programs for the non-profit organization, New Jersey Association of Planning & Zoning Administrators (NJAPZA). She is also a contributing author to several CGS course publications on municipal land use, planning, zoning, and affordable housing topics. Ilene also served for over 20 years in local government as Princeton Planning Board’s Land Use Administrator overseeing project coordination with staff, residents, developers, elected officials, attorneys, interest groups, and general the public regarding development proposals in the community.

Ilene continues to volunteer her time as Education Chair for NJAPZA and is a member of the Education Committee of the Affordable Housing Professionals of NJ. Ilene holds a Bachelor of Arts in Communication Arts from the City University of New York, Lehman College. 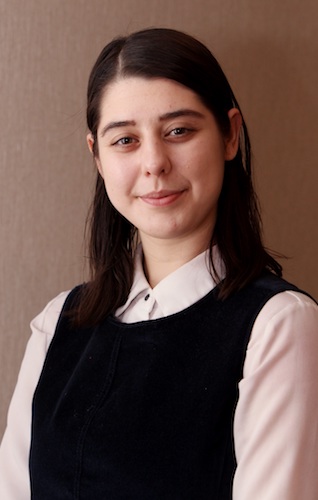 As Manager of Programs and Learning at CNJG, Anna supports, organizes, and promotes educational, professional skill-building, and issue-based knowledge programs for grantmakers in New Jersey.

Anna is a recent graduate of Rutgers University, where she completed her Masters in Social Work with a concentration in Management and Policy. Anna’s first experience in program and event planning was as Secretary and later President of the Rutgers Mountainview Project Student Organization, an advocacy group that works with at-risk youth and inmates through mentoring, tutoring, conducting seminars, and providing alternative opportunities that promote the pursuit of higher education. The organization also raises awareness of the benefits of successful ex-felon reform. During graduate school, she completed an internship at the Rutgers University Honors College as a Program Coordinator for the Diversity Peer Education Program, which spreads cultural awareness and sensitivity, as well as promoting diversity and social justice within the Honors College community on the New Brunswick campus. There, she honed the program development and management skills she brings now to work with the nonprofit sector.

A proud New Jersey native, Anna enjoys running, watching horror movies, and spending a day at the Shore or a lake. She is excited to start a new chapter in her post-college life and learn all that CNJG and its membership has to offer. 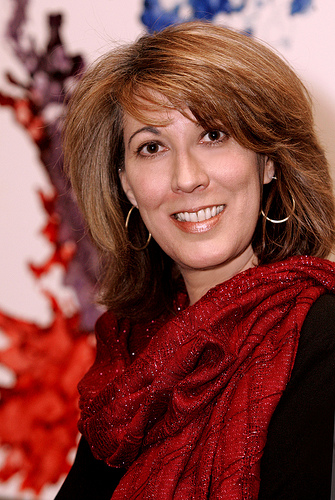 Before joining CNJG, Theresa was the Executive Director at the Whitesbog Preservation Trust, a nonprofit membership organization dedicated to preserving and restoring the historic village of Whitesbog in the NJ Pinelands and the birthplace of the blueberry.  (The state fruit of New Jersey is the blueberry!) Prior to that, she worked in New Jersey State government for nearly twenty years in varying levels of management and leadership.

Jacks received a Master of Science in Administration from Central Michigan University and her Bachelor of Arts in psychology from Rowan University. Theresa is the extremely overjoyed grandmother of three wonderful grandchildren! She resides in South Jersey with her husband and really loud, shelter-adopted, German Shepherd, Jackie. We hear you Jackie... 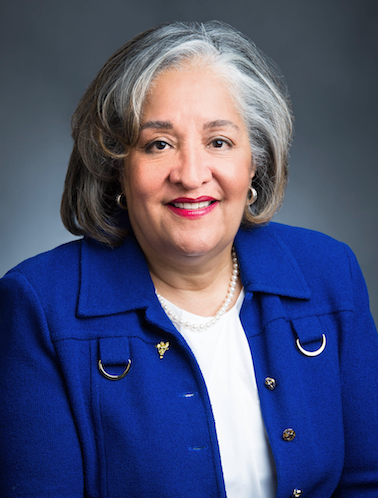 Maria Vizcarrondo, named as the CNJG's president and CEO in March 2019, brings more than 25 years of experience transforming service organizations and has served her communities as both an appointed and elected official.

Maria, who spent most of her career in northern New Jersey, came to CNJGl from Cabrini University in Philadelphia, where she most recently was Director of Community Development and External Relations. She was inaugural Executive Director of the school’s Nerney Leadership Institute, launched in 2013.

In 2006, when he was first elected Mayor of Newark, Cory Booker tapped Maria to head Newark’s Health and Human Service Department, the largest of its kind in New Jersey. One of her first actions in that role was to develop a Children’s Bill of Rights to benchmark improvements in the lives of children and families throughout the city. Her accomplishments included securing state funding to establish Family Success Centers to provide neighborhood-based services, and launching a major citywide campaign to raise the immunization rates of Newark’s children.

Prior to her mayoral appointment, Maria served as the first woman president and CEO of United Way of Essex and West Hudson. Her pioneer work in re-engineering the organization’s mission into community building was documented in the United Way Transformation Diaries. In the aftermath of the 9/11 attacks, she led the New Jersey United Ways in a statewide coordination of services for affected families and managed the distribution of corporate funding for these efforts.

Maria was elected Essex County Surrogate in 1993 and served four years of a five-year term before leaving to join United Way. She has been listed among the “100 Most Influential People in New Jersey” and was a founding member of the New Jersey Institute for Social Justice. A New York City native, Maria was raised in Newark. She earned a bachelor's degree from Kean University and a master's degree in public policy and administration at Columbia University. 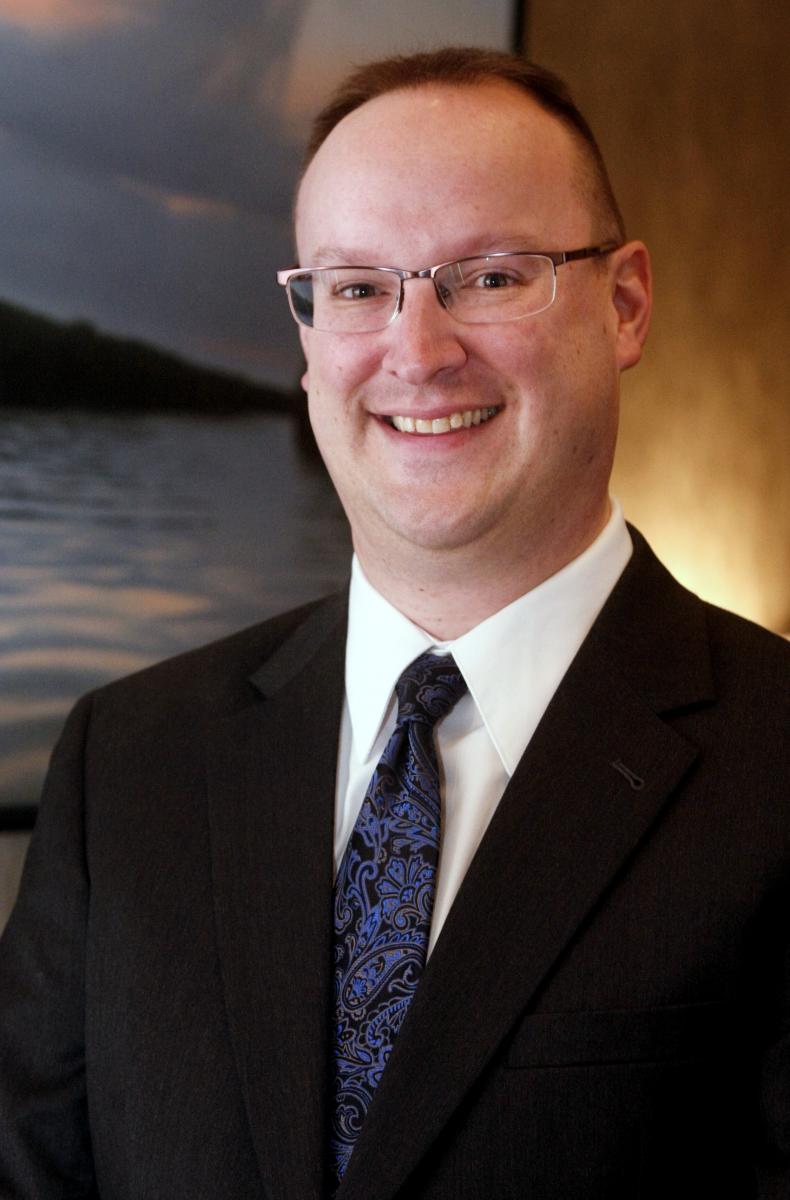 Craig Weinrich serves as the Director of Member Services at CNJG, where he helps to recruit and retain members. Additionally, he assists the members to organize Affinity Group meetings, monitors the listserves, and helps develop other programs such as funder briefings or skills-based workshops.

Craig discovered the nonprofit sector through an intense desire to avoid working in the dining hall during his sophomore year at Dickinson College. Interning with the Eaken Piano Trio, artists-in-residence at Dickinson, introduced him to the many meaningful positions in the music industry that are not performance-oriented. From there, he served as Development Directors for the Delaware Symphony (promoted from Development Assistant) and Springfield (MA) Symphony Orchestras, where he could even be found clad in the costume of their newly-created penguin mascot! Craig then moved to the Nonprofit Coordinating Committee of New York, a membership association of nonprofits in the New York City area, serving as their Membership, Outreach and IT Director for nine years. While at NPCC, he earned a nonprofit management certificate from Baruch College through the United Way Nonprofit Leadership Institute. Prior to joining CNJG, Craig served as the Membership Director for the Maryland Association of Nonprofit Organizations. At each organization, Craig has served as the “accidental techie”.

Craig is happy to back in New Jersey for his third tenure. He grew up in Madison, lived in Bloomfield while working at NPCC, and now resides in Hamilton. He is President of the Living Waters Lutheran Church Council in Ringoes; graduated from Lead NJ in 2015 (go Green!); cheers on his favorite baseball teams: Brewers, Cubs, White Sox, and his fantasy team; and in July, 2018, married Kacy O’Brien. 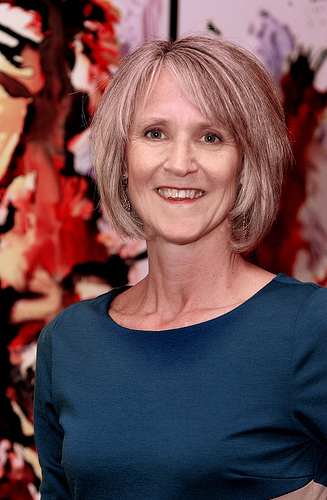 Kari Williams, Finance Manager for CNJG since October 2007 oversees the financial activities of our organization. She works with the President, and the Audit and the Finance Committees to administer the accounting, payroll, budgeting and financial reporting of CNJG with the goal of keeping CNJG financially sound and fiscally ready for the future. Kari is a Certified Public Accountant and brings to CNJG over thirty years of public and private accounting experience. Prior to joining CNJG she served as Treasurer for various local nonprofit organizations. In addition to her work with CNJG, Kari also provides dedicated financial and accounting services among a portfolio that includes a vibrant private foundation, a small business foundation and local small businesses. Kari graduated with a BA in Business Administration from Gettysburg College, where she was thrilled to participate on both the women’s basketball and lacrosse teams. No longer eligible for the college team roster, and with her two sons now young adults, she can be seen on weekends cycling throughout Bucks and Hunterdon Counties.

Mary Trimbach joined CNJG as their Webmaster & Communications consultant in 2012, bringing 35 years of experience in the technology field to the position. In addition to managing the website and proving support to their communications work, Mary serves as liaison for CNJG to the Forum’s Knowledge Management Group.

Prior to joining CNJG, Mary worked in multiple sectors including non-profit, business and education providing her with a broad base of organizational knowledge. Her experience in the technology field ranges from programming, p.c. repair and support, and network management to her real love of system implementation and user training. In her career she has led in the start-up and support of several state and nationwide technology groups.

Mary holds a Bachelor’s degree in Information Technology from Aquinas College. A Michigan native, Mary and her husband recently had the opportunity to spend 2 years living their dream and taking telecommuting to a new level, working from their motorhome as they traveled the United States. Now settled back down in Michigan to be near their daughters and grandson Henry, they continue their travels as often as they can sneak away!