Please join the Newark Funders Group for a discussion of Newark Development and the Built Environment. Our special guests will include Ron Beit of the RBH group, the Hanini brothers (Amer, Samer, and Thamer) of the Hanini group, and also city officials and other developers to be announced.

The RBH Group is the lead for 15 million square feet in new developments including the Richard Meier-designed Teachers Village, the Four Corners Millennium Project, and Makers Village within the Ironbound district, including Aero Farms, the world’s largest indoor vertical farm.

The Hanini Group has completed over $50 million worth of restorations and rehabilitation in Newark, including the award-winning Hotel Indigo and Rock Plaza Lofts, comprising renovated apartments and a restaurant row that includes Dinosaur BBQ, Chipotle and Mercato Tomato Pie.

In addition to the discussion on Newark development, the meeting will include report-outs from the Education Subcommittee, the Early Learning Funders Group, the Newark City of Learning Collaborative, and the Newark Philanthropic Liaison.

About the RBH Group:
Ron Beit, founding partner and CEO of RBH Group, LLC and President of RBH Management, has acquired, developed, rehabilitated, and/or operated over 1 million square feet of office, retail, industrial, hotel, and residential space in over 30 projects and throughout the United States. He is currently managing projects in New York City, as well as in Newark, NJ. Projects include the development of Teachers Village within the SoMa redevelopment project, a 15 million square foot mixed-use redevelopment in downtown Newark, the Four Corners Millennium Project, and Makers Village within the Ironbound district. The 400,000 square foot mixed-use Teachers Village project in downtown Newark involved working with federal, state and local leadership and securing over 20 separate board decisions to finance and entitle the project. As one component of this process, the Teachers Village project received one of the largest residential Urban Transit Hub Tax Credit allocations in the State of New Jersey. 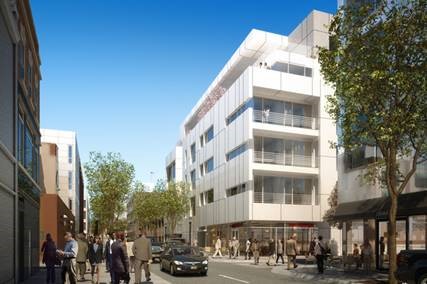 About the Hanini Group:
The Hanini Group, LLC has become a notable presence in Newark’s development scene. Over the past 7 years, the Hanini Group has completed over $50 million worth of restorations and rehabilitation, bringing a New York loft style units to the forefront of Newark’s residential market as well as an edgy feel to mixed‐use environments. The firm is a unique blend of vision and practicality that brings a fresh perspective to Newark’s’ emerging development, while staying ahead of the curve in the latest green building practices. Committed to Newark’s future, the firm owns and operates all of its developments in house, enabling the Hanini Group to maintain a high standard of living in all its developments. The Hanini Group’s combined efforts bring a solid and dependable structure to the organization and management of each project. Their dedication to producing high‐end, cost effective buildings in Newark, while preserving historical integrity, defines the vision of the firm.